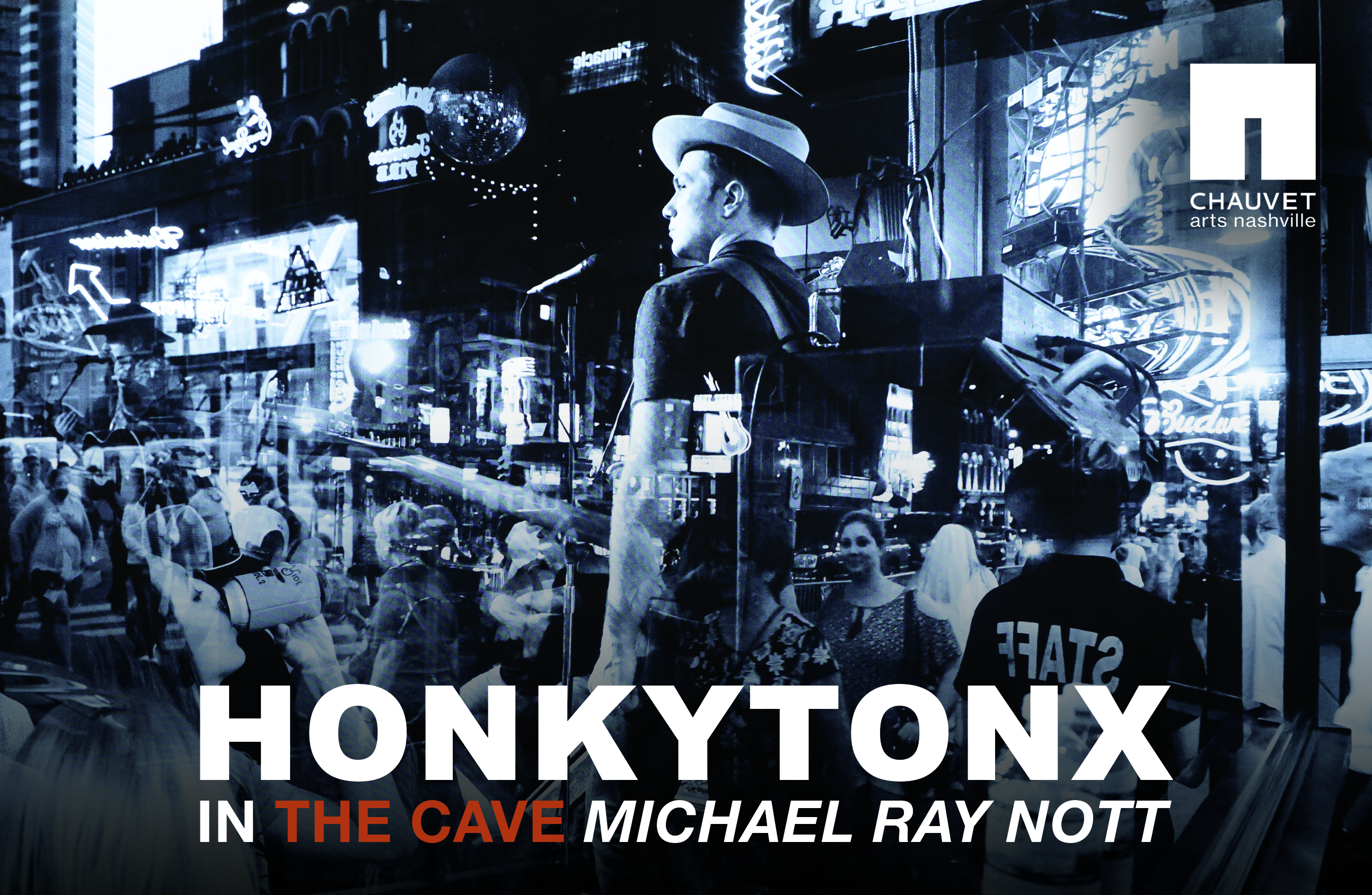 Chauvet Arts presents a multimedia installation of local street photographer Michael Ray Nott’s “Honkytonx” series. Beginning February 5th, multiple large-scale LED lightboxes displaying photos of downtown Nashville’s iconic Broadway will light up our second gallery space, The Cave. The lightboxes are accompanied by additional projected images from the "Honkytonx" series along with the stories and inspiration behind the work.

“I’ve been shooting honkytonks through the windows on Broadway all along, and each time it’s different,” says Nott. “You think you’re going to see the same thing and it’ll get boring, but the light is always different and there’s a new cast of characters.”

This installation is part of Chauvet Arts’ upcoming group exhibition, “Visual Storytelling: Modern Culture,” celebrating how artists tell stories through various forms of visual media. Featured artwork, including Carlos Gamez de Francisco’s contemporary portraiture, explores stories of modern culture. Each piece, or series of pieces, is accompanied by the written story of their inspiration in order to enhance the power of the works and overall experience of the viewer.